That is why Ariadne and Theseus are the patrons of our current office name.

On the History of Ariadne and Theseus

Athens was among those obliged to send over to Crete seven noble young men and women each and to do so at regular intervals where they could be thrown in front of Minotaur as his fodder. Theseus, who was the son of the king of Athens, wanted to put an end to this scourge. Together with the fourteen young Athenians he went by ship to Crete, embarking on his mission to defeat Minotaur. It was only with a heavy heart that Theseus' father Aegeus let his son depart, asking him to set sails in a colour agreed between them upon his successful return, so that the happy completion of the venture would be visible from the shore.

Upon his arrival on Crete, Theseus meets Ariadne, the daughter of the king of Crete. They fall in love with each other. Ariadne draws Theseus' attention to the fact that in the maze, he would not only have to find his way to Minotaur and defeat him, but he would also be faced with the task of finding his way back out to the entrance. Ariadne proposed the solution that he was to tie a thread to the entrance of the maze and to roll it out on his way as he moved towards Minotaurus. Thus, the thread would be able to show him the way back. Theseus follows Ariadne's advice, and on his way through the maze, he rolled out a thread from a ball of wool. He defeated Minotaur, who could not demand human sacrifices anymore, and, thanks to Ariadne's thread, found his way back out of the maze. Together with Ariadne he rushed back to his ship, which departed for Athens immediately - after all, he had promised Ariadne to make her his wife and thus, queen of Athens. 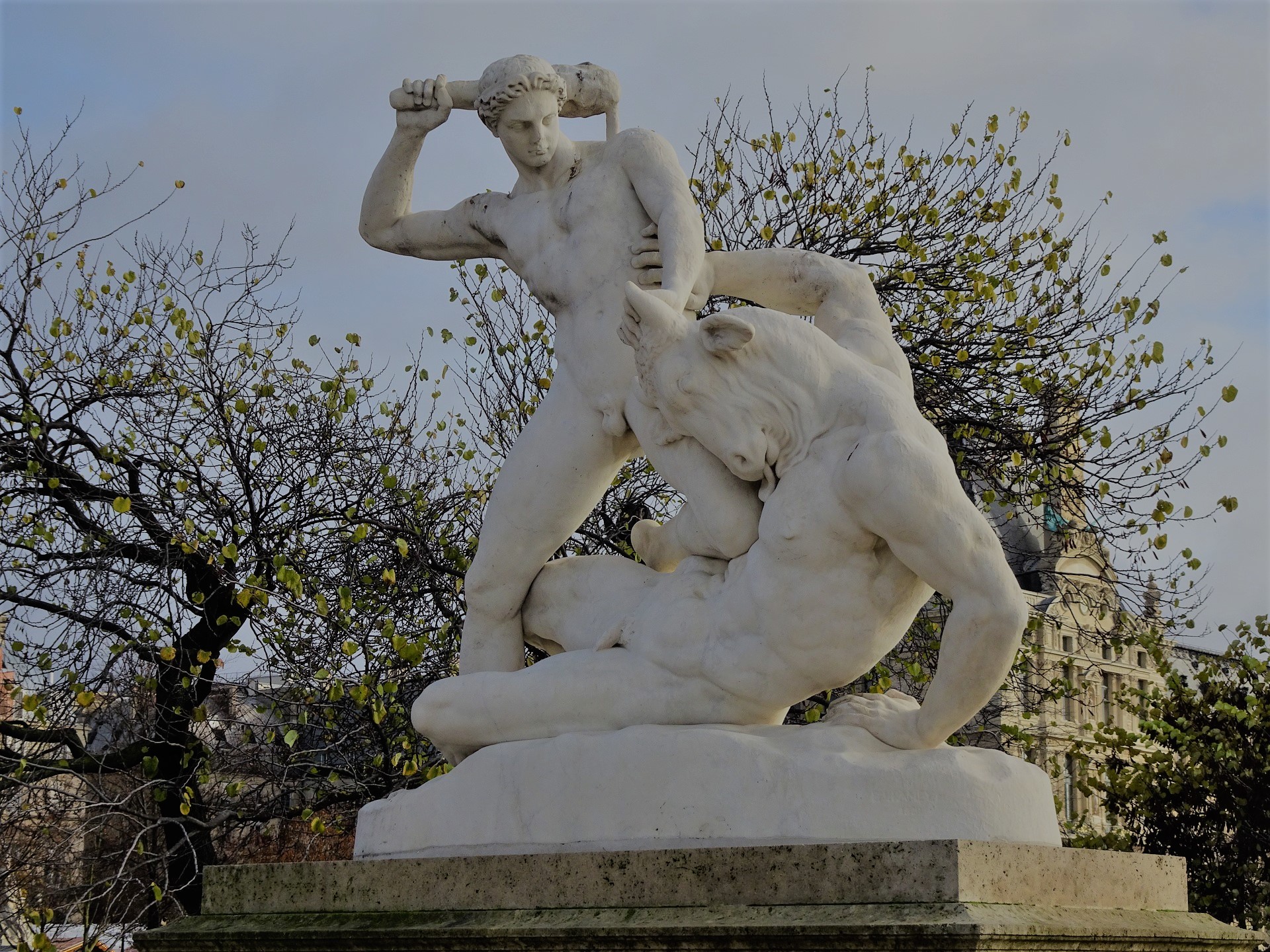 Since it is our mission to assist our clients by providing them with sound advice and appropriate action, helping them find their way through the maze of the law and allowing them to steer clear of the sources of evil that could be lurking anywhere.

What impresses us with Ariadne and Theseus is that they act out of love for their native town and for other people, not driven by hunger for power or greed for glory as is often the case in Greek mythology.

Along these lines, it is our true mission to help our clients via the love for profession. This mission takes precedence over any kind of personal itnerest. We do not allow anybody or anything to keep us from our endeavour for the benefit of our clients, even if even if we encounter strong resistance in this process.